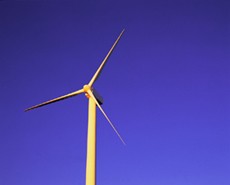 As a renewable source of energy, wind power enables electricity to be generated without carbon dioxide (CO2) emissions. More and more electricity companies are turning to wind power to make electricity. Country Energy is a partner in four of Australia's largest wind farms, the Blayney Wind Farm and the Crookwell Wind Farm, both in regional NSW, the Lake Bonney Wind Farm in South Australia and the Wonthaggi Wind Farm in Victoria.

Each year our wind farms save thousands of tonnes of carbon dioxide that would otherwise have been produced from coal-fired power stations.